THE DAWN OF A NEW ERA

“Man’s hope is his reason to live,” André Malraux

Sadly, the worldwide health crisis has brutally disrupted our Festival. No one could have foreseen these events. Last January, an ill wind blew through China. It then swept across the world to Milan, Madrid, London, Paris and New York, locking down Asia then Europe and finally the entire planet, bringing anguish and pain in its gloomy wake.

Time was suspended as whole countries came to a standstill, forced into a deadlock by an invisible enemy. We were forced into confinement, to remain within our four walls in an unaccustomed life of seclusion. As lives were broken, we were compelled to rediscover wisdom, humility, trust and unwavering hope. City-dwellers came out onto their balconies and looked down unbelievingly on the deserted streets, while in the countryside, we rediscovered the inspiring beauty of the natural world.

Not once, even during the darkest hours, did we think about cancelling our Festival. Of course, the risk of the lockdown being extended hung over us like the sword of Damocles. And we understood, as the days went by, that we would need to rethink our programme at the very least, if not review our ambitions entirely. On 13th April, French President Emmanuel Macron announced that there would be no large cultural events until mid-July. That brought the curtain down on the Festival d’Avignon, the international Aix-en-Provence opera festival, the Eurockéennes in Belfort, the Francofolies in La Rochelle, Jazz à Vienne, and the Vieilles Charrues music festival here in Brittany. Our thoughts go out to them, well aware of their sadness at seeing a year’s work go to waste, and to all the artists who should have been dazzling us with their talent, passion and creativity all summer long.

Our energy remains unmarred and we are doubly keen to maintain the La Gacilly Photo Festival. For the photographers who place their trust in us, for the loyal visitors who need this photographic ode to nature now more than ever, for our village which hopes to see its gardens, shopping streets and alleys teeming with life, and for our public and private partners who, despite the difficulties, have never failed to support us.

Our 2020 Festival was designed to celebrate biodiversity. The International Union for Conservation of Nature’s (IUCN) World Conservation Congress should have been held in Marseilles in mid-June, followed by the COP15 of the UN Convention on Biological Diversity in Kunming, China in October. But in light of the ongoing pandemic, the calendar has now been torn up and both of these landmark events for the protection of our ecosystems have been postponed until 2021. We have therefore adapted to these circumstances and postponed certain exhibitions that, unfortunately, were out of synch with the current context.

The fact remains that in 2004, when the Festival first emerged at La Gacilly, it was initially intended as somewhere to showcase the beauty of the world and the dangers that threatened it. Over the years, the dark clouds have continued to gather and the photographic artists we welcome have become real whistle-blowers, the empathetic or outraged witnesses of a world where something is clearly amiss. Today, our socially responsible and artistic commitment remains absolute, and confirms the mission we have set ourselves: to reconnect people with the living world. An idle dream? Not at all! Every year, thousands of visitors flock to our garden galleries to admire the works of some of the biggest names on the international photography scene. We have a duty to them, and they are what motivates us. Over the summer months, La Gacilly becomes a global village, charting new paths and providing if not solutions, at least some insights, with images as prompts.

“What is essential is invisible to our eyes,” said Saint-Exupéry’s Little Prince. But it’s there, in the eye as it were. In the eye of all these artists who depict society caught up in the maelstrom of modernity in their own unique ways.

PHOTOGRAPHY AND ACTIVISM IN LATIN AMERICA

Creative and resolutely modern: this is the greatest tribute that could be paid to Emmanuel Honorato Vázquez. The snapshots of this Ecuadorian artist, who came from a wealthy background and died far too young, were produced at a time when photography was still in its infancy. In the 1920s, he immortalised a society marked by inequality, where indigenous Amazon populations co-existed alongside poverty-stricken peasants and a wealthy bourgeoisie. His photographs are of exceptional quality but have long been forgotten: this is the first time they are being shown in Europe. In the history of South American photography, we simply cannot overlook the photographer who was instrumental in giving this art form its credentials: with works such as Genesis, Exodus or The Hand of Man, Sebastião Salgado has gradually established an incredible testimony of our changing society, of a world adrift that has lost its bond with nature. In 1986, he spent 35 days in the Serra Pelada gold mine in Brazil, photographing thousands of men rummaging around the earth in appalling conditions. More than 30 years later, he has returned to this work and unveiled some hypnotic images for posterity.

Depicting the hypertrophy of our societies is also key. The aesthetic of Marcos López’s photographs is reminiscent of pop art. His images, captured in Argentinian cities and provinces, warn against the degradation of local cultures triggered by globalisation. His vision is caustic, humorous and provocative. As is that of Brazilian visual artist Cássio Vasconcellos. We feel dizzy as we contemplate the images in his series Collectives, where Man is lost in a civilization of cars and transportation. His is an apocalyptic vision deliberately and diametrically opposed to an idealised view of the Amazon rainforest, as if they were images from a now-forsaken era. In a series of graceful portraits, Luisa Dörr, the rising star of Brazilian photography, has produced a bold overview of the condition of women in Latin America, where their emancipation clashes with the demands of tradition.

Of course, environmental awareness remains our core concern. Latin America upholds some strong traditions in a geographical area marked by the Andean Cordillera, which soar from Patagonia to the Caribbean. Photographer Pablo Corral Vega wonderfully depicts this natural space that connects countries and cultures. We are delighted to be unveiling some highly poetic images accompanied by poetic texts from Literary Nobel Prize winner Mario Vargas Llosa. At the very south of the continent, not far from the legendary Tierra del Fuego, Tomás Munita followed the lives of the gaucho cowboys in Chile in an adventure worthy of a novel, capturing the brutality of the untamed wilderness. Carolina Arantes travelled to the Altamira region, the epicentre of the fires that ravaged the Amazon rainforest, in summer 2019. Her photographic testimony clearly shows that environmentalists there are losing their battle against the proponents of deforestation encouraged by Brazilian President Jair Bolsonaro. At La Gacilly, we have always defended the work of photojournalists who share a view of reality that is often crude, but always full of humanity. This is why we are proud to announce our first partnership with Agence France Presse, giving three of their photographers in Latin America the chance to express themselves through images. In Brazil, Carl de Souza followed the indigenous Amazon populations who refuse to give up their land and their souls, engaged in a merciless struggle against the government. Meanwhile, Pedro Pardo focused on the violence inherent to a Mexican society that is blighted by drug cartels, crossed by cohorts of migrants, and where villagers have taken up arms to protect their crops. And finally, Martin Bernetti strives to demonstrate that there is an alternative to fatalism and the spiral of decline, using Chile as an example which, long disfigured by its mining industry and pollution, is now committed to becoming the new Eldorado of green energy. The time for a renaissance has come.

Observing, contemplating and respecting the natural world that underpins all life. This has always been the festival’s calling. As we said in the introduction, 2020 will be a decisive year for biodiversity and nothing can justify one species – our species – claiming the power of life and death over all others. This year, we are joined in our commitment by photographers who share this ecological sensitivity.

For French photographer Greg Lecoeur, if there is one world we can save, it’s that of underwater species. Over the last ten years or so, he has affirmed his position as a specialist in this field, getting up close to capture the silent dance of southern right whales, leopard seals and other creatures that inhabit the unexplored depths of the abyss. The race to over-exploit land rages on, we are presenting for the first time the long-term project of American photographer Nadia Shira Cohen, winner of the 2019 Yves Rocher Foundation Photo Award in partnership with Visa pour l’Image, who looked at two communities in Yucatán, Mexico that are poles apart. While Mayan bee-keepers advocate respect for tradition, Mennonite families use GMO crops to increase their agricultural yields, changing rural landscapes forever in the process.

Our festival refuses the destruction of the living world, contributes to the renewal of plant life and acts to promote all living things by supporting the photographers who share our fight. Emmanuel Berthier spent several months travelling around Morbihan in Brittany backed by the Departmental Council, observing the wildlife that is protected in the five nature reserves there. Finally, for the 5th year running, we have joined up with Fisheye magazine to showcase tomorrow’s young talent –  David Bart, Coline Jourdan and Sébastien Leban – and we are once again running our Photo Festival for local secondary schools, this year on the theme of diversity.

Ironically, nature has benefited from the lockdown imposed by the COVID-19 pandemic. With a slowdown in economic activity, industrial and road transport emissions have plummeted. Our planet has fallen into silence. We will not come out of this crisis unscathed. We will need to learn how to live again, and to live differently. What will tomorrow look like? It would be ill-advised and untenable – quite simply wrong – to go back to the routine of our old lives. More than ever, we will be forced to ask ourselves what planet and what life we want to leave behind for our children.

Demonstrating humanity is what is required of us. That is what will save us, and that is what our Festival wants to convey. 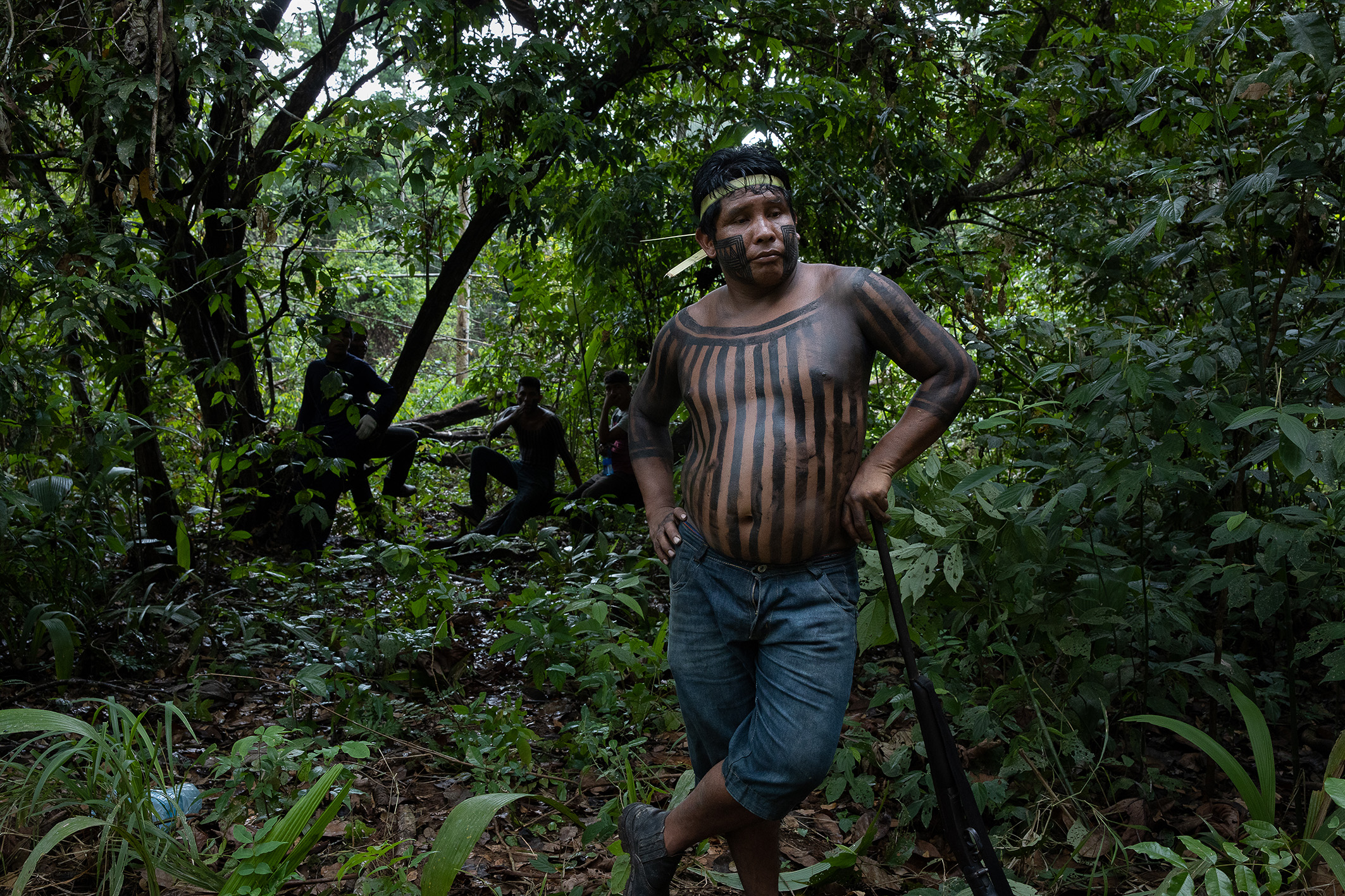