Maximishin was born in Kerch, Crimea. This peninsula on the edge of the Black Sea is home to the Russian military fleet and, at the time, belonged to the Republic of Ukraine. Until 2014, when it became part of Russia. But origins matter little to Maximishin. He is, first and foremost, a Slav. Early on, he left his homeland to study physics in Leningrad (now Saint Petersburg). And photography? He fell into it during his military service, where he was appointed an army reporter. Following the collapse of communism, he continued to photograph the schizophrenia of an entire nation, his nation. “Russia is a country without floor or ceiling,” recalls Sergey. “Brilliance and stupidity, poverty and wealth, lowliness and nobility, the good and the bad: there are no limits to any of them.” He draws his images from a society that is proud of its Orthodox religious iconography and unafraid to toy with its Stalin-Marxist past: his photographs include images of naked men in traditional banyas (saunas), a Lenin lookalike on Red Square, and monks in the snow carrying a depiction of Christ. In Russia, you can flirt with both poverty and excess, and wallow in nostalgia or anti-conformism. This journey into the Slavic mindset is marked by a mild folly that Dostoevsky would not disavow. 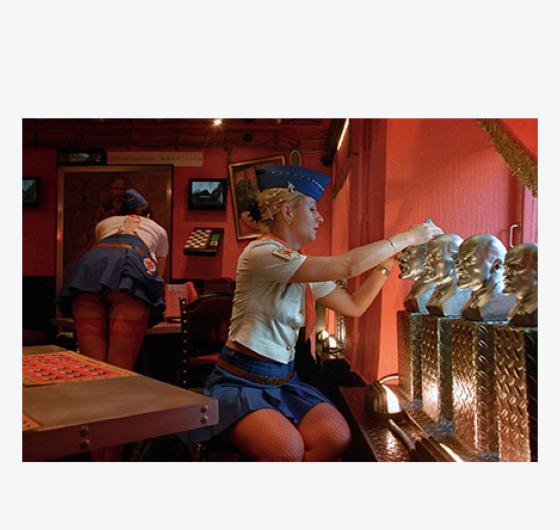 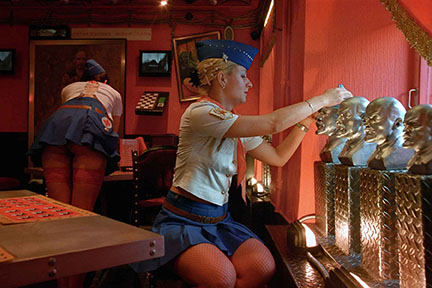 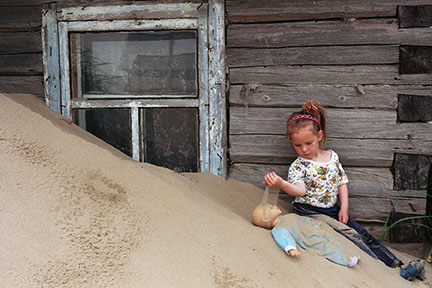 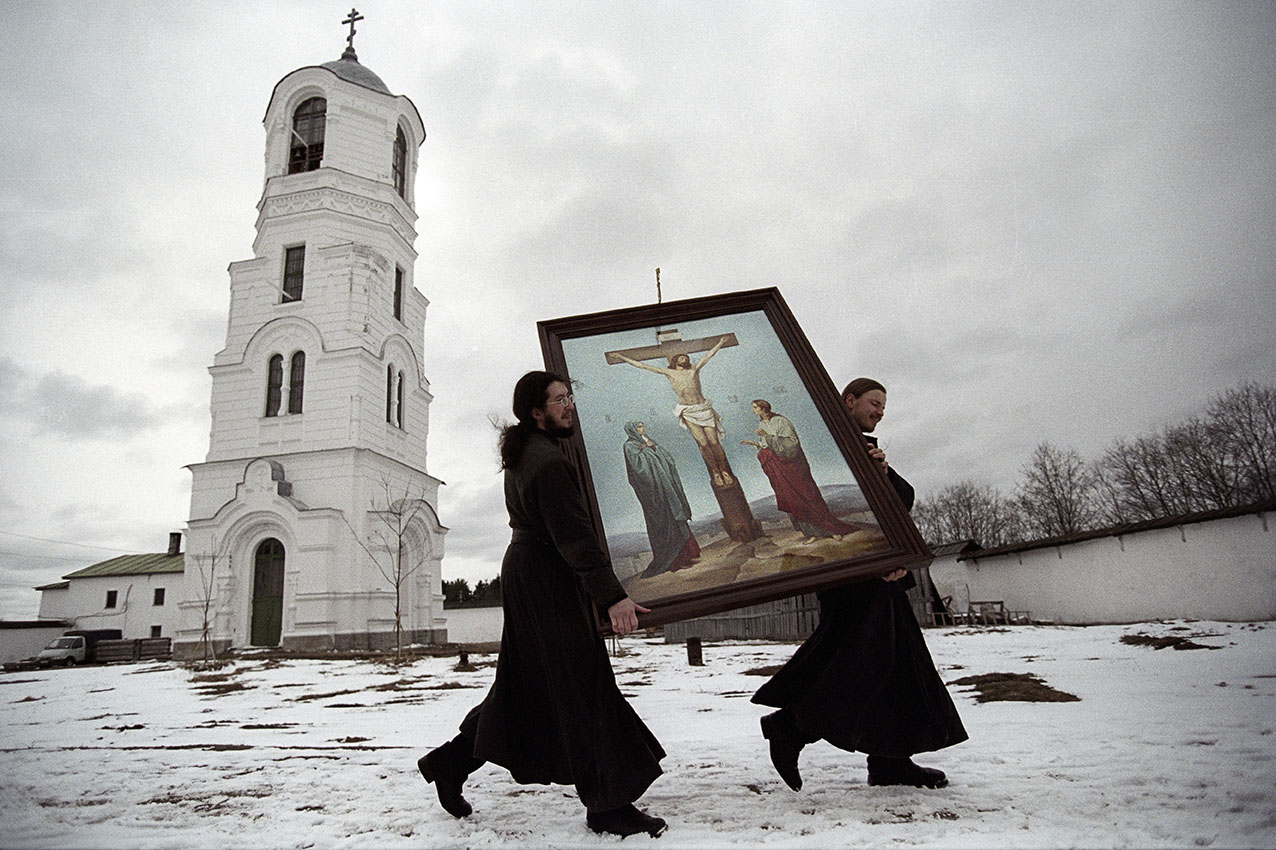